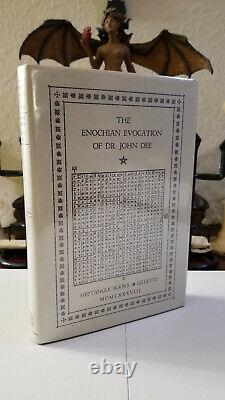 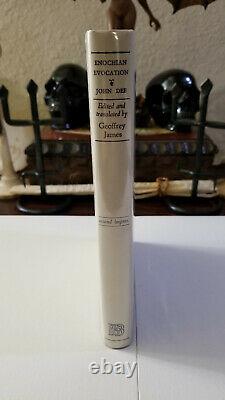 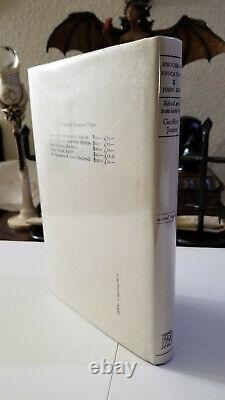 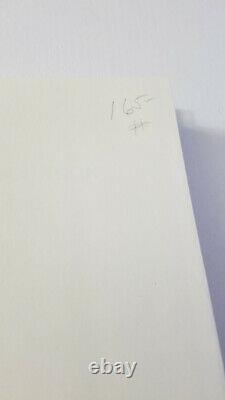 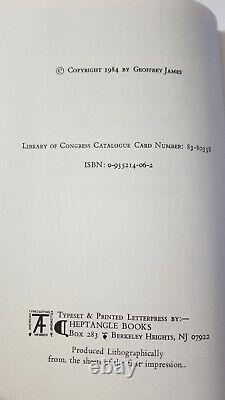 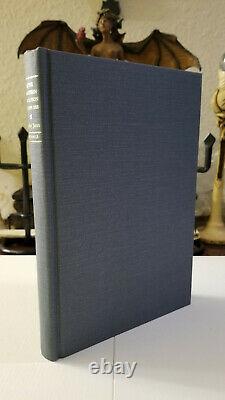 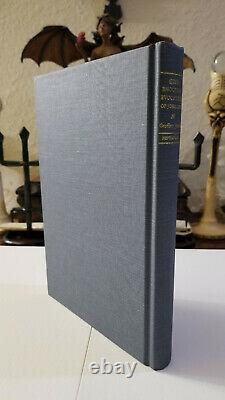 Books have their own destiny. Everything is PACKAGED VERY WELL IN BOXES for protection.

PLEASE NOTE: Only the book is being offered - the background items seen in the pictures do not come with the book. Dust jacket protected by mylar cover.

Penciled in number on top right first page. Please look at all of the pictures carefully concerning condition before purchasing. The Enochian Evocation of Dr. John Dee edited/annotated by Geoffrey James --- (Hardcover First Edition - Published by the Heptangle Books in 1984). Based on the transcriptions of Dr.

John Dee, the famous Elizabethan scientist and magus, The Enochian Evocation of Dr. John Dee is the translation of the original material received from direct Angelic contact.

In 1852 Dee and his partner Edward Kelly, while gazing into a crystal stone, began to see and hear angels. These beings desired to re-establish the true art of magic, which had been lost due to man's wickedness and ignorance. The true magical art, these beings claimed, would bestow superhuman powers upon its practitioners, change the political structure of Europe, and herald the coming of the Apocalypse. Dee believed this research would greatly benefit mankind and documented all of the channeled information into a series of manuscripts and workbooks. Author Geoffrey James presents here the direct translation of the core of the channeled material itself, framed in a historical context, with authority and integrity. Occult Witchcraft Magic Sorcery Necromancy Voodoo.

KENNETH GRANT : A pioneer in creative occultism. Kenneth Grant is a well-known occultist.

Having been a student of Aleister Crowley , Kenneth Grant, with his wife, Steffi Grant, went on to create what is known today as the Typhonian Tradition. He is mostly known from his Typhonian Trilogies books, consisting of these nine volumes in this order. Aleister Crowley and the Hidden God.

Outside the Circles of Time. In these books you will find everything from Sex Magick , Qabala , Gematria , to alien praeter-intelligences who have established communication with magicians, sorcerers, and workers of arcane practices.

One of the most popular titles in the Typhonian Trilogies is Nightside of Eden , dealing with the reverse, dark side, of the Tree of Life and its demonic denizens. ALEISTER CROWLEY : The Great Beast, no introduction really needed here.

Aleister Crowley is known by occultists and non-occultists. He wrote numerous books on Magick which are still being republished today.

Spare, Nicholaj de Mattos Frisvold, Michael Bertiaux, David Beth, Craig Williams, and many more. The books we offer expand numerous occult topics. The following are short definitions of some of them. The definition of occult simply means hidden or unseen.

The occult books we offer deal with what may be termed spiritual occultism. Dealing with the hidden, the unseen realms of spirits and spiritual energy. This spelling for magic with a "K" was used by Aleister Crowley to define spiritual magick as opposed to mundane magic, such as pulling rabbits out of your top hat. Magick deals with spiritual forces within yourself and within the universe. Historically, witchcraft was seen as a diabolical pact with the Devil.

We've all heard of the witches riding to the sabbats on their broomsticks after anointing themselves with magical oils where they would dance and fornicate with the Devil and his homeboys. Today, however, witchcraft is not seen in the same light. Can incorporate some dark spiritual aspects, such as the modern.

However, deals with pagan gods and goddesses and has a creed of "harming none" and is basically nature worship and spell-casting, and herbal work. The books we offer on sorcery you'll find are of a darker nature. Where darker aspects of occultism are employed in a folk-magic style. Like in traditional witchcraft, herbs, oils, bones, dirt, colors, sigils and darker spirits are employed for tasks. Necromancy uses various magical tools and techniques to speak with, communicate with, and call forth the dead.

Necromancers usually employ human skulls, bones, and other items of the grave in their dark arts. Books of ritual magic instruction are usually termed grimoires. These grimoires have been around for centuries. Some teach you how to call up spirits of certain natures, cast spells, curses, make pacts with demons, and much more. Modern grimoires are what you will mainly find we offer.

We live in the modern age, therefore, we try to offer grimoires more in sync with today's modern witch, magician, sorcerer or necromancer. The books we offer on voodoo are for the more serious practitioner. Our books on voudou, voudoun, santeria, palo mayombe are written by initiated students. Such as, Michael Bertiaux, David Beth.

Nicholaj de Mattos Frisvold, Dr. These books are not geared toward teaching you "voodoo spells" but rather they focus on deep, African-derived spiritual systems. Be sure to keep checking back as we add new books constantly.

JOHN DEE Occult Grimoire" is in sale since Monday, March 1, 2021. This item is in the category "Books\Antiquarian & Collectible".

The seller is "desert_owl_bazaar" and is located in Rio Rancho, New Mexico. This item can be shipped to United States.