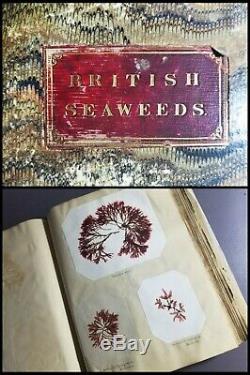 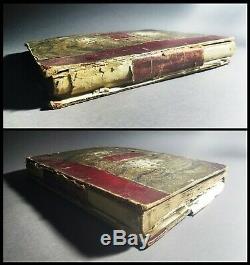 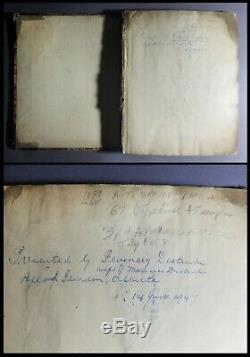 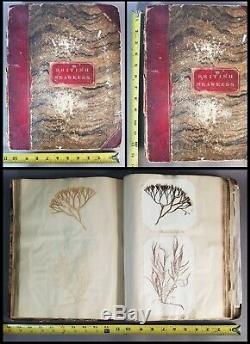 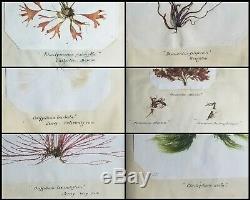 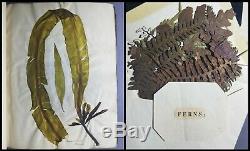 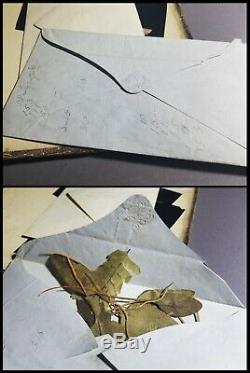 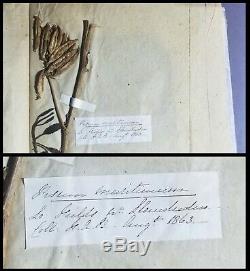 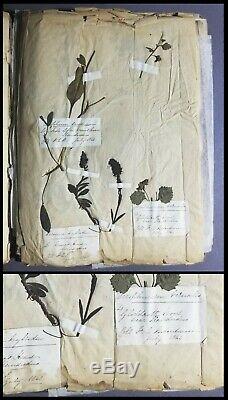 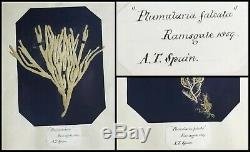 Dozens of Other Botanical Pressings. Specimens Carefully Mounted, Beautifully Displayed. & Marked w/ Scientific Names, Dates & Locations. Large, Heavy Album Completely Filled. The Finest Example I Have Yet Seen. THE GRAND DADDY OF VICTORIAN SEA MOSS ALBUMS! The Destrube family, members of the priveleged London class, relocated to northeastern Alberta near Bang's Lake, southwest of Bonnyville. Despite their wealth, abled bodies and experience, they were not prepared for the hardships of the new world or for the later devastation brought by the first and second World Wars. Maurice's story; one filled with aspiration, great challenge and shattered dreams, is intimately accounted in James E. Hendrickson's book'Pioneering in Alberta; Maurice Destrube's Story' published in 1981 175pp, illustrated. Spain and Maurice Destrube is not clear, but it may be presumed that this album made it's way overseas upon the family's departure in the early 20th century. Large collection of very skillfully mounted specimens indicates it's original author was well educated and likely of means as she was well traveled. Most specimens hand-marked with given scientific latin names and collection points, both in England and Ireland. Locations include The Lizard (peninsula), Brighton, Cornwall, Larne, Dublin Bay, Guernsey, Exmouth, Portrush, Jersey, Sidmouth, Devon, Cadgwith, Bude, Whitby, Budleigh, Bognor, Ballycastle, Eastbourne, Minehead, Salterton, Giant's Causeway, Dunluce Castle (Ireland) and Ramsgate. Some specimens labeled as very rare, or extremely rare. Album is completely filled, all 70 facing page sides complete with about 104 mounted specimens. An additional 16 specimens on black glossy archival mounts are pasted onto thick full-sized cards and loosely stored at rear of album; each card signed by name of original author A. Spain, date of 1859, scientific name and collection location in Ramsgate.

Total weight is 1,561 grams. Should there be any issues, please contact within 14 days of receiving your parcel and I will work as quickly as possible to make resolution.

Additional photos of damages may be requested, depending on the nature of the item (s). Your item (s) will be carefully packaged in order to ensure a safe arrival at your doorstep. Every item offered is stored and handled with love in a smoke / pet free environment. All descriptions and details are offered as accurately as possible. Additional measurements or photos available on request. The item "Superb Rare Huge Antique Mid-19thC British Seaweed Specimen Album & Herbarium" is in sale since Tuesday, April 28, 2020. This item is in the category "Books\Antiquarian & Collectible". The seller is "brother_junk_216" and is located in Cleveland, Ohio.