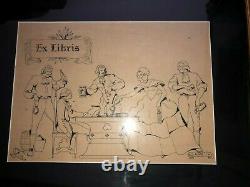 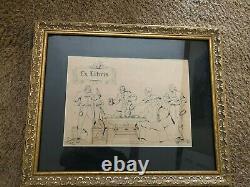 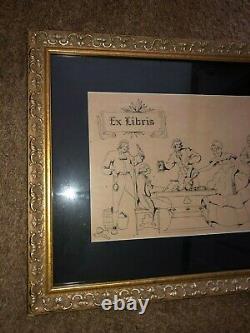 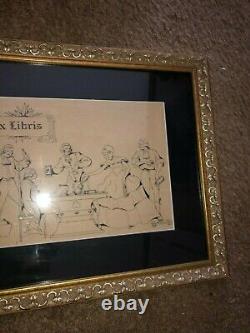 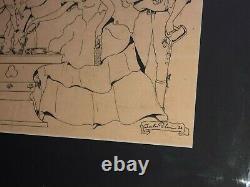 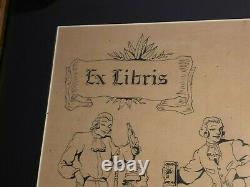 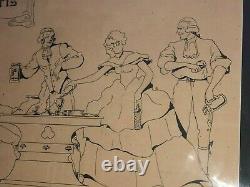 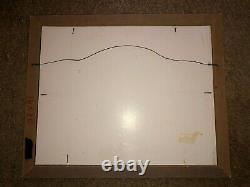 Here is a rare original signed illustration art drawing by celebrated British artist Charles Robinson, dated 1930. Probably a book plate design. Charles Robinson (18701937) was a prolific British book illustrator. Born in Islington in October 1870, London, he was the son of illustrator Thomas Robinson, and his brothers Thomas Heath Robinson and William Heath Robinson also became illustrators. He served an apprenticeship as a printer and took art lessons in the evenings.

He won a place at the Royal Academy in 1892 but was unable to take it up due to lack of finances. The first full book he illustrated was Robert Louis Stevenson's A Child's Garden of Verses (1895) which includes over 100 pen and ink drawings.

He was also an active painter, especially in later life, and was elected to the Royal Institute of Painters in Water Colours in 1932. Robinson married Edith Mary Favatt in 1897 in Middlesex, England and they were the parents of four daughters and two sons. Dimensions: frame 18 1/2" by 23". The item "Rare Original Signed Antique Illustration Art Drawing Charles Robinson Book'30" is in sale since Tuesday, April 13, 2021.