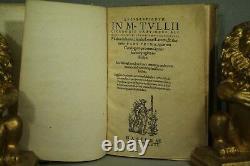 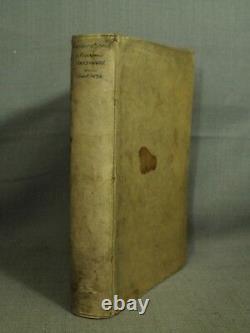 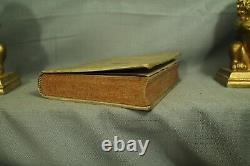 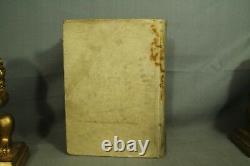 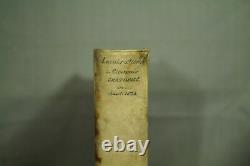 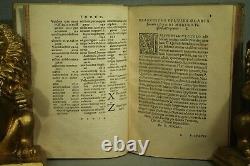 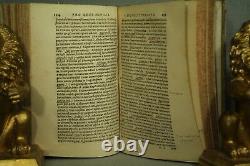 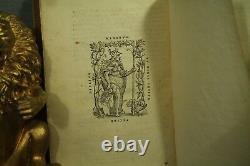 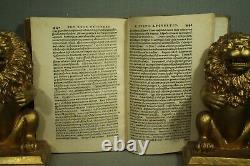 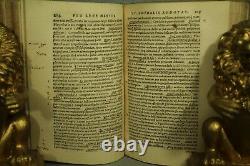 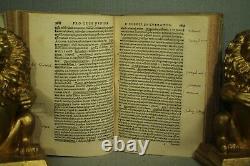 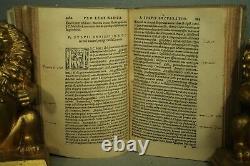 In eafdem Lucubraitiones rerum ac uerborum Index. Book measures 7 7/8" by 5 5/8". Marcus Tullius Cicero 3 January 106 BC 7 December 43 BC was a Roman statesman, orator, lawyer and philosopher, who served as consul in the year 63 BC.

He came from a wealthy municipal family of the Roman equestrian order, and is considered one of Rome's greatest orators and prose stylists. His influence on the Latin language was so immense that the subsequent history of prose, not only in Latin but in European languages up to the 19th century, was said to be either a reaction against or a return to his style. Cicero introduced the Romans to the chief schools of Greek philosophy and created a Latin philosophical vocabulary with neologisms such as. Distinguishing himself as a translator and philosopher. Though he was an accomplished orator and successful lawyer, Cicero believed his political career was his most important achievement.

It was during his consulship that the second Catilinarian conspiracy attempted to overthrow the government through an attack on the city by outside forces, and Cicero suppressed the revolt by summarily and controversially executing five conspirators. During the chaotic latter half of the 1st century BC marked by civil wars and the dictatorship of Gaius Julius Caesar, , Cicero championed a return to the traditional republican government. Following Julius Caesar's death, Cicero became an enemy of Mark Antony in the ensuing power struggle, attacking him in a series of speeches. He was proscribed as an enemy of the state by the Second Triumvirate and consequently executed by soldiers operating on their behalf in 43 BC after having been intercepted during an attempted flight from the Italian peninsula. His severed hands and head were then, as a final revenge of Mark Antony, displayed in the Roman Forum. Petrarch's rediscovery of Cicero's letters is often credited for initiating the 14th-century Renaissance in public affairs, humanism, and classical Roman culture. According to Polish historian Tadeusz Zielinski, the Renaissance was above all things a revival of Cicero, and only after him and through him of the rest of Classical antiquity. The peak of Cicero's authority and prestige came during the 18th-century Enlightenment, and his impact on leading Enlightenment thinkers and political theorists such as John Locke, David Hume, Montesquieu and Edmund Burke was substantial.

His works rank among the most influential in European culture, and today still constitute one of the most important bodies of primary material for the writing and revision of Roman history, especially the last days of the Roman Republic. Cicero was born in 106 BC in Arpinum, a hill town 100 kilometers (62 mi) southeast of Rome. He belonged to the tribus Cornelia.

His father was a well-to-do member of the equestrian order and possessed good connections in Rome. However, being a semi-invalid, he could not enter public life and studied extensively to compensate. Although little is known about Cicero's mother, Helvia, it was common for the wives of important Roman citizens to be responsible for the management of the household.

Cicero's brother Quintus wrote in a letter that she was a thrifty housewife. Cicero's cognomen, or personal surname, comes from the Latin for chickpea,, cicer. Plutarch explains that the name was originally given to one of Cicero's ancestors who had a cleft in the tip of his nose resembling a chickpea. However, it is more likely that Cicero's ancestors prospered through the cultivation and sale of chickpeas.

Romans often chose down-to-earth personal surnames. The famous family names of Fabius, Lentulus, and Piso come from the Latin names of beans, lentils, and peas, respectively. Plutarch writes that Cicero was urged to change this deprecatory name when he entered politics, but refused, saying that he would make Cicero more glorious than Scaurus ("Swollen-ankled") and Catulus ("Puppy"). The item "Rare antique Book 1536 Latin almost 500 years old Marcus Tullius Cicero" is in sale since Saturday, October 31, 2020. This item is in the category "Books & Magazines\Antiquarian & Collectible".

The seller is "scottalbertson" and is located in Nellysford, Virginia. This item can be shipped worldwide.