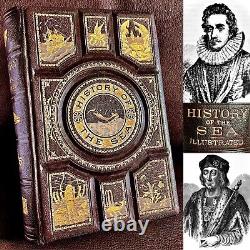 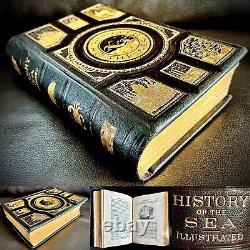 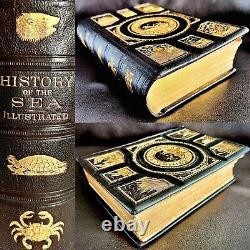 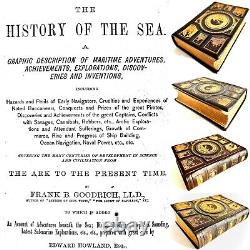 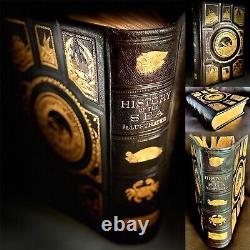 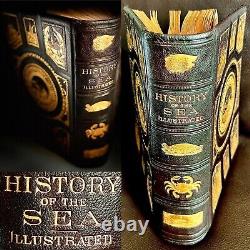 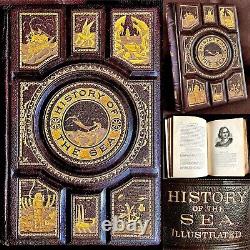 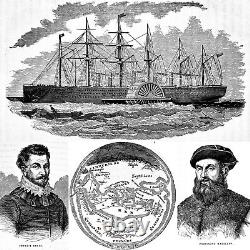 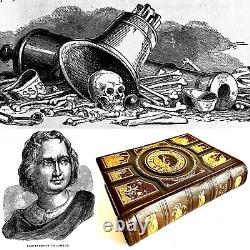 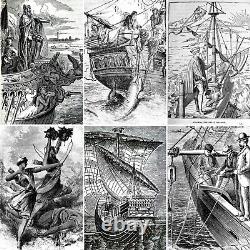 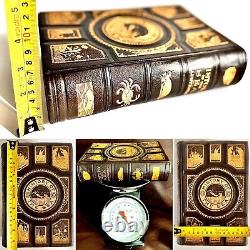 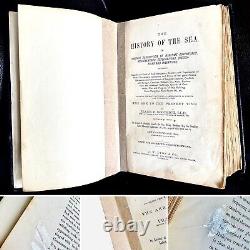 Please browse all 12 sets of photographs attached for size, weight and condition as they are self explanatory. I describe everything as accurately as I can with as much detail as possible.

This book has beautiful tooled leather binding decorated with handcrafted gold gilt. The binding is firm and there is light aged related toning to some pages. This the only book of its kind I have ever seen and as far as I'm aware there are no missing pages. There are some minor use marks inside. These apart it is in excellent order for its age and must be one of the very best available for sale worldwide.

In fact I'd go as far as to say if you are looking for one of these books you'd be very hard pressed to find too many better anywhere. Books this quality are seldom being made nowadays. A work of art really. Needs to be seen and handled close up to be fully appreciated as the photographs attached really do not do it justice.

Kindly note, this book is not new and is close to 150 years old and condition is commensurate with age. The exterior of the book is in remarkably good condition. There does appear to be a professional type repair or restoration of some sort on the inside of the cover page. The book is sturdy and in excellent order.

It may have had some restoration work on it. I'm not sure as this is how the book has always been as long as I have owned it. Nothing is falling off nor missing and it's perfectly ready to handle and readable without any worry. If you are extremely particular then I'd advise, apart from the inside of the cover page mentioned above, a couple of pages have small sellotape type repairs which are hardly visible unless you specifically look for them and you'll have a hard job locating them!

Please browse the last photograph in particular. Absolutely superb antique book particularly in this condition. A graphic description of maritime adventures, achievements, explorations, discoveries and inventions Including hazards and perils of early navigators. Covering the many centuries of development in science and civilisation from the Ark to the Victorian time.

A beautiful piece of history, a magnificent addition to any collection. A record from the earliest times to the Victorian era of the most remarkable maritime adventures, voyages, discoveries, conflicts, deeds of bravery and danger, with special reference to the exploits of our own countrymen, and the founding, extension, and development of the world wide British Empire.

A fantastic valuable, interesting, and instructive book. The only son to Mary Boot Goodrich and Samuel Griswold Goodrich the popular author of the "Peter Parley" tales of geography and adventure. After graduating from Harvard in 1845 Goodrich moved to Paris when his father was chosen as the United States consul. For a period he was the Paris correspondent of New York Times.

Goodrich's literary career began when his Paris letters to the New York Times, about Paris and its government, under the pseudonym of "Dick Tinto" first brought him into prominence. These letters caught the public's attention and were printed in Harper's. The letters were described as remarkable for their perception of character, correct judgment of events, and sagacity in political prediction.

His published works included "The Court of Napoleon", "Society Under The First Empire" (1857), "Women of Beauty and Heroism" (1859), "World Famous Women" and "Man upon the Sea". He is mentioned as one of the brightest and most popular humorous men of the day. Goodrich translated the entire novels of Balzac from French to English!

Following the family's return to the United States in New York in 1855, Goodrich became interested in theater and wrote several plays which were well received. Goodrich collaborated on plays such as "The Poor of New York", "Romance after Marriage" and "The Dark Hour Before the Dawn". A staunch Republican and supporter of the Union during the Civil War, Goodrich published "The Tribute Book".

A record of the munificence, sacrifice, and patriotism of the American people during the war for the Union (1865). After his eyesight failed him, preventing him from earning a living, Goodrich went abroad for several years before seeking his retirement at a country house on the Hudson. He spend his later years in New York City, retaining a lively interest in politics but living a quiet life due to his eyesight.

Goodrich married Ella Schmidt, daughter of a Southern physician in 1859. The couple never had children. He died in 1894 at the age of sixty eight in Mooristown, New Jersey. His obituary states: He was unswerving in his friendships, though not demonstrative, a patriot, and a man of absolute honour, and in the still more private relations of life unsullied.

This item is in the category "Books, Comics & Magazines\Antiquarian & Collectable". The seller is "santoor-uk" and is located in this country: GB.