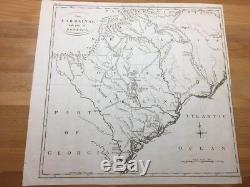 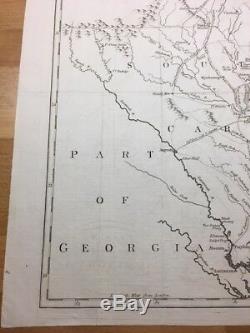 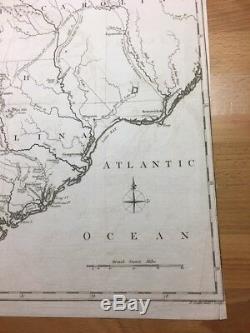 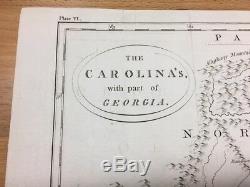 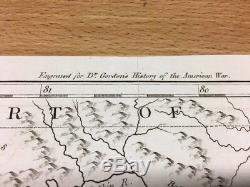 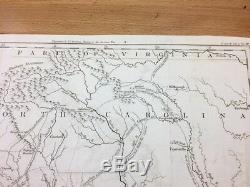 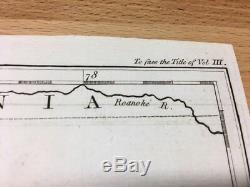 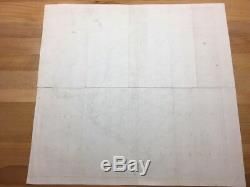 The Carolina's with Part of Georgia. Measures approximately 14 x 13.6 inches. Small closed tear (no loss) at the fold. An uncommon map of the Carolinas showing the routes of British and American forces during the Revolutionary War. It illustrates the routes of pursuit and retreat of the troops of Cornwallis, Greene, Lee and Stuart. The map shows forts, towns, ferry crossings, and battle sites. The topography is simple, and the Appalachians are referred to as the Alleghany Mountains, a term that was frequently used at this time for the whole range from Pennsylvania south to the Carolinas.

Published as the frontis map in Volume III of William Gordons The History of Rise, Progress and Establishment of the Independence of the United States. Map attributed to Thomas Conder. Please let me know if you have any questions. The item "RARE 1788 MAP of CAROLINA with Part of GEORGIA, American Forces, Revolutionary War" is in sale since Sunday, December 22, 2019.

This item is in the category "Antiques\Maps, Atlases & Globes\North America Maps". The seller is "crottsy" and is located in Clemmons, North Carolina.