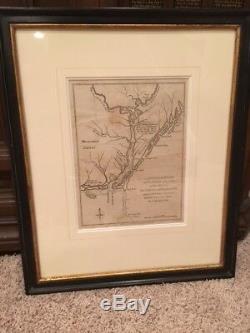 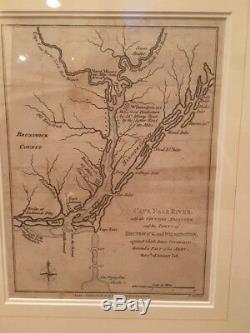 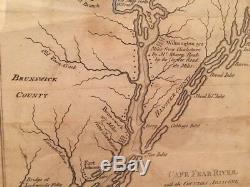 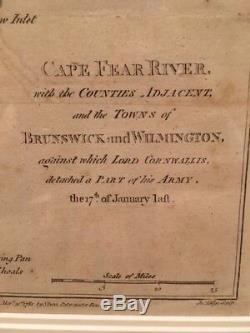 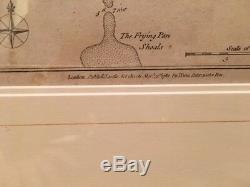 Cape Fear River, with the Counties Adjacent, and the Towns of Brunswick and Wilmington, against which Lord Cornwallis, Detached Part of his Army, the 17th. This interesting and scarce map depicts the Cape Fear River vicinity near the close of the Revolutionary War. Wilmington was captured by the British in 1781 and plantations in the Cape Fear area were ransacked. The map shows numerous locations including Mount Misery, Wilmington, Brunswick and Lockwoods Folly with notations of their distance from Charlestown, from which General Cornwallis launched his attack on the region. Fort Johnson, which had been destroyed at the outbreak of the war, is also shown.

The item "RARE 1781 Revolutionary War Map, Cape Fear River, Wilmington, North Carolina, NC" is in sale since Tuesday, April 2, 2019. This item is in the category "Antiques\Maps, Atlases & Globes\North America Maps". The seller is "crottsy" and is located in Clemmons, North Carolina.