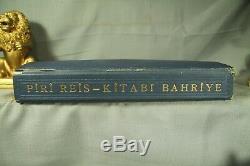 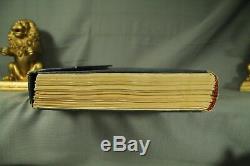 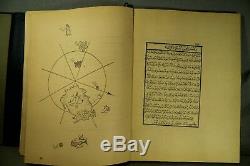 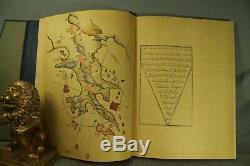 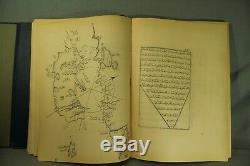 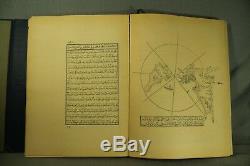 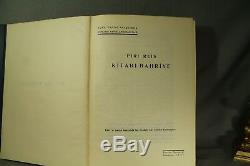 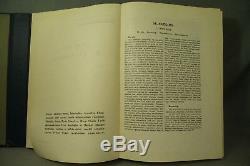 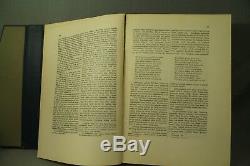 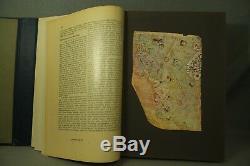 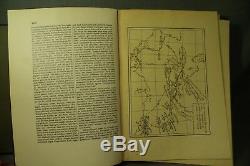 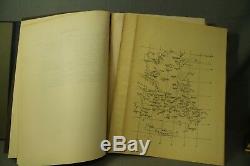 He is primarily known today for his maps and charts collected in his Kitab-i-Bahriye (book of Navigation), a book that contains detailed information on navigation, as well as very accurate charts (for their time) describing the important ports and cities of the mediterranean sea. He gained fame as a cartographer when a small part of his first world map (prepared in 1513) was discovered in 1929 at the Topkapi Palace in Istanbul. His world map is the oldest known Turkish atlas showing the New World, and one of the oldest maps of America still in existence anywhere (the oldest known map of America that is still in existence is the map drawn by Juan de la Cosa in 1500). Piri Reis' map is centered on the Sahara at the latitude of the Tropic of Cancer. In 1528, Piri Reis drew a second world map, of which a small fragment (showing Greenland and North America from Labrador and Newfoundland in the north to Florida, Cuba, Hispaniola, Jamaica and parts of Central America in the south) still survives.

According to his imprinting text, he had drawn his maps using about 20 foreign charts and mappae mundi (Arab, Spanish, Portuguese, Chinese, Indian and Greek) including one by Christopher Columbus He was executed in 1553. For many years, little was known about the identity of Piri Reis. The name Piri Reis means Captain Piri (Reis is not part of his proper name). Today, based on the Ottoman archives, it is known that his full name was Haci Ahmed Muhiddin Piri and that he was born either in Gelibolu (Gallipoli) on the European part of the Ottoman Empire in present-day Turkish Thrace or in Karaman (his father's birthplace) in central Anatolia then the capital of the Beylik of Karaman (annexed by the Ottoman Empire in 1487).

The exact date of his birth is unknown. His father's name was Hac Mehmed Piri. The honorary and informal Islamic title Hadji T.

Urkish: Hac in Piri's and his father's names indicate that they both had completed the Hajj (Islamic pilgrimage) by going to M. Ecca during the dedicated annual period. Piri began engaging in government supported privateering (a ommon practice in the Mediterranean sea among both the Muslim and Christian states of the 15th and 16th centuries) when he was young.

In 1481 , following his uncle Kemal Reis, a well-known corsair and seafarer of the time, who later became a famous admiral of the Ottoman Navy during this period. Together with his uncle, he took part in many naval wars of the Ottoman Empire against Spain, the Republic of Genoa and the Rebublik of Venice. Including the battle of Lepanto(battle of Zonchio) in 1499 and the second battle of Lepanto(battle of Modon) in 1500. He took part in the 1516-17 Ottoman conquest of Egypt. In 1522 he participated in the Siege of Rhodes against the Knights of St John, which ended with the island's surrender to the Ottomans on 25 December 1522 and the permanent departure of the Knights from Rhodes on 1 January 1523 (the Knights relocated briefly to Sicily and later permanently to Malta).

In 1547, Piri had risen to the rank of Reis (admiral) as the Commander of the Ottoman Fleet in the Inidan Ocean and Admiral of the fleet in Egypt, headquartered in Suez. On February 26,1548 he recaptured Aden from the Portuguese, follwed in 1552 by the sack of Muscat. Which Portugal had occupied since 1507., and the strategically important island of Kish.

Turning further east, Piri Reis attempted to capture the island of Hormuz in the Strait of Hormuz, at the entrance of the Persian Gulf, unsuccessfully. When the Portuguese truned their attention to the Persian Gulf, Piri Reis occupied the Qatar peninsula to deprive the Portuguese of suitable bases on the Arabian coast. When he refused to support the Ottoman Vali Governor of Basra, Kubad Pasha, in another campaign against the Poruguese in the nortyhern Persian Gulf, Piri Reis was beheaded in 1553. Several warships and submarines of the Turkish Navy have been named after Piri Reis. The item "Piri Reis Kitabi Bahriye Istanbul rare antique old book navigator maps Turkish" is in sale since Thursday, March 14, 2019.