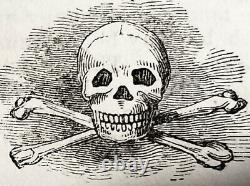 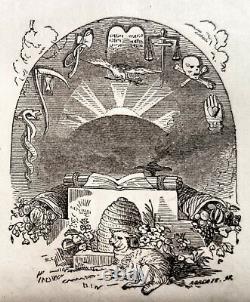 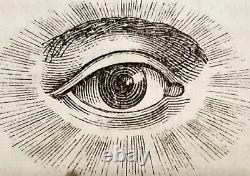 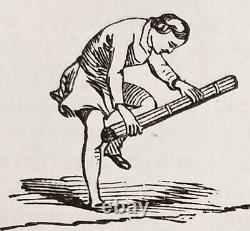 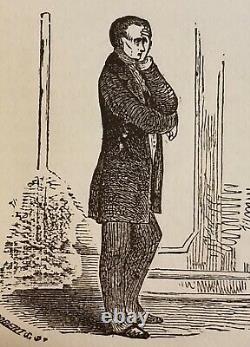 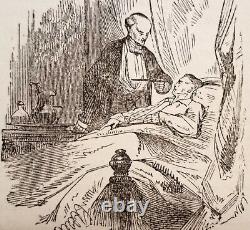 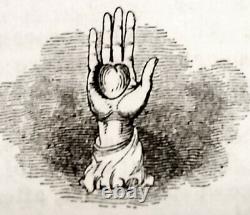 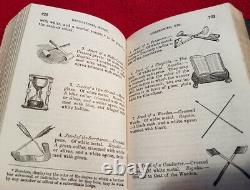 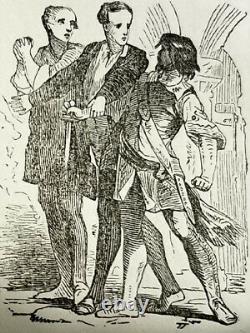 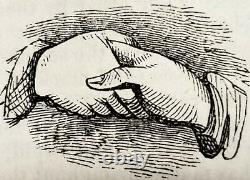 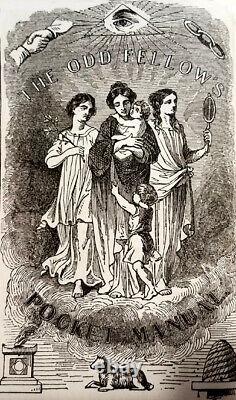 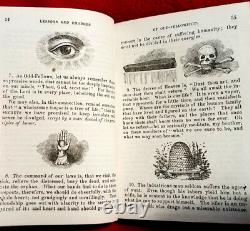 ANTIQUES & COLLECTIBLES ARE A GOOD INVESTMENT. THEY PROVIDE GREAT PLEASURE WHILE GROWING IN VALUE! WE WELCOME YOU TO CLASSICLITERATI AUCTIONS. Post-Civil War Era Secret Society Gem!

WE HAVE SEEN OTHER ANTIQUE EDITIONS OF THIS BOOK. NONE WERE IN NEARLY AS NICE SHAPE AS THIS ONE! THE BEST WE HAVE ENCOUNTERED! Inspired by Freemasonry, the Odd Fellows are one of the Most Important Historic International Orders! INDEPENDENT ORDER OF ODD FELLOWS!

EVEN RARER THEN MASONIC WORKS OF THE PERIOD! "THE ODD FELLOWS POCKET COMPANION"! SMALL IN SIZE, BUT RICH IN HISTORY & RELEVENCE! THE ALL SEEING EYE KNOWS ALL! HIDDEN HISTORIES WITH SYMBOLS & PHILOSOPHY! PULSATING HUMAN HEART IN HAND! METAPHYSICAL RITES & EXOTIC RITUALS! RITUALS & CEREMONIES ARE EXCLUSIVE! SECRET GRIP OF INITIATED BROTHERHOOD! AN IMAGE OF REGAL POWER & AMBITION! OF HOLINESS & GREAT SPIRITUALITY!

SYMBOLISM OF REGALIA & JEWELRY! HERE IS WHAT IS STATED TO BE "A CORRECT GUIDE IN ALL MATTERS RELATED TO ODD-FELLOWSHIP"!! GREAT MYSTERIES & ANCIENT SECRETS! A JOURNEY FROM LIFE TO DEATH!

THE BURIAL & THE HEREAFTER! A DISCOVERY OF IMPORTANT TRUTHS! THE WICKED & GUILTY ARE APPREHENDED! AND OF COURSE, ODD FELLOWS SONGS! INFLUENCED BY THE ANCIENT TRADITIONS & ARTS OF FREEMASONRY, THIS IS ONE OF THE NICEST WORKS FROM THE "INDEPENDENT ORDER OF ODD FELLOWS", ONE OF THE MOST UNIQUE ORGANIZATIONS IN THE WORLD! A GREAT ADDITION TO YOUR LIBRARY. INTENDED FOR THE INITIATED ONLY! Visit Our Classicliterati Auctions Each Week For.. Fascinating, Historic & Unique Collectible Treasures! Regarded by Collectors Worldwide as the Leading Specialist in Masonic, Knights Templar, Odd Fellows, Fraternal and other Secret Society Antiques & Collectibles! We also Feature Many Other Fascinating Collectibles from Throughout the World! KEEP CHECKING OUR CLASSICLITERATI AUCTIONS! We Treat You Like Royalty!! This is one of the rarest symbolic books from the legendary Odd Fellows, one of the most important historical "Secret Societies".

Dating back to 1872, the Odd Fellows Pocket Companion is a landmark 388 pages leather-bound work of esoteric culture and mystical philosophy. It has 100 intriguing illustrations. Over the years, we've seen many valuable volumes, but this edition is by far, in the best condition of any.

There is some normal expected minor age wear, but being from 1872, it is quite handsome. Even the leather loop is intact.

The reader learns fascinating aspects of this mysterious order. Information that was exclusively reserved for the initiated. One of the rarest and most collectible books of its kind. It includes materials and pictures not found in other versions. Measures approximately 4 ¾ x 3 ½ inches.

Relatively small in size, but rich in spirit and history. A VERY, VERY RARE & QUITE EXTENSIVE HISTORIC ANTIQUE 1872 ESOTERIC & MYSTICAL ILLUSTRATED BOOK FROM THE LEGENDARY & MYSTERIOUS ORDER OF ODD FELLOWS! This very rare book along with most Odd Fellows philosophy, literature, rituals and regalia owes much to a shared legacy of Masonic traditions and teachings. It is a fact that "Odd Fellowship", both artistically and philosophically belongs to the history of Freemasonry.

In spite of much continuous confusion regarding both groups, the historical kinship can not and should not be denied. This is a nice old piece from a significant organization of people who dreamed of changing the world for the better. Of creating and building a society where no human being would suffer neglect and apathy.

Those are among the many ancient Biblical principles embodied by this great group. Do not allow this piece of fraternal history escape you. We regularly feature extremely attractive and also very rare, top quality antiques including among the finest in Fraternal and Masonic Swords and Historic Relics as well as many other fascinating items.

Among our clients are Museums and Archives as well as many collectors the world over. Please keep checking our Classicliterati auctions.

We try to describe items to the best of our ability. FREEMASONRY, ODD FELLOWSHIP & MASONS. Known as the "Three Link Fraternity", the various Orders of" Odd Fellows" around the world, while often being mislabeled as belonging to the Masonic fraternity (which they were not), were nonetheless heavily connected to Freemasonry in more then just a small handful of ways. While borrowing many Masonic symbols and regalia, such as the use of Aprons, images of Skulls, Beehives, the All-Seeing-Eye, Globes among hundreds of other Masonic elements and also following along the esoteric and spiritual lines of the Masonic Brotherhood, the Odd Fellows performed a wide variety of colorful and esoteric oriented rituals and initiations.

Unjustly condemned by misguided segments within Catholicism and some other churches as being an Occult organization, with Pagan and even Satanic ideals, the misunderstood Odd Fellows, nonetheless thrived greatly during that early period. Standing for the universal human principles of "Friendship, Love and Truth", the group formed a significant nucleus of esoteric America and other parts of the world such as England, the Netherlands, Australia, etc. It should be mentioned that the Odd Fellows, like the Masons existed all over the world.

While today no longer a prominent presence, curiously, there are still branches in Europe, Australia, etc. One often recognizes this Order by the three letters, "FLT" which stand for "FRIENDSHIP, LOVE & TRUTH" and which appears on much of their regalia.

Their mottos included the following: VISIT THE SICK, RELIEVE THE DISTRESSED, BURY THE DEAD and EDUCATE THE ORPHANS. Although today quite a small organization, we ourselves are aware of individual Odd Fellow members who are also active in their Masonic Lodges. The military-like "Patriarchs Militant", once a spectacular feature as units in massive parades, with their extravagant costumes and brandishing their highly ornate swords, betray the obvious influence of the Masonic Order of Knights Templar. Dual membership in Odd Fellowship and Freemasonry was once very common. For reference purposes, below are two historic photographs: The first shows a jointly owned old building which served both as Odd Fellows Hall and Masonic Temple.

This 19th Century Tombstone shows how very passionate this individual was about his membership in both the Masonic and Odd Fellow orders. CHECK OUR AUCTIONS EACH WEEK FOR A WIDE SELECTION OF THE FINEST MASONIC & FRATERNAL SWORDS, ANTIQUES & OTHER FASCINATING QUALITY COLLECTIBLES! VERY RARE HISTORIC ANTIQUE SECRET SOCIETY BOOK. No part or parts of this ad may be reproduced without permission.

This item is in the category "Books & Magazines\Antiquarian & Collectible". The seller is "classicliterati" and is located in this country: US. This item can be shipped worldwide.