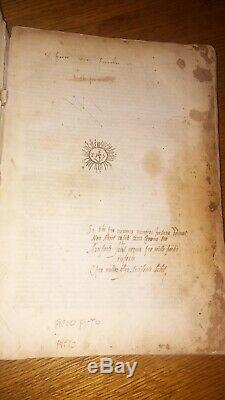 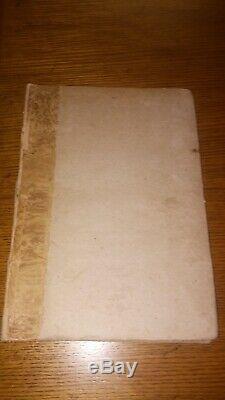 This is a folio 1495 incunable edition of Ciceros De Oratore , from the Venetian printing house of Filippo Pinzi Mantuano, complete save for the last blank. We believe this to be the printer's edition of the 1495 edition, as the marginalia appears to be corrections of the text, and the guide letters are not hand-illumined, as would be expected in the corrected edition.

Therefore, this is probably the first copy off the press. Marcus Tullius Cicero January 3, 106 BC B December 7, 43 BC was a Roman philosopher, statesman, lawyer, political theorist, and Roman constitutionalist.

He came from a wealthy municipal family of the equestrian order, and is widely considered one of Rome's greatest orators and prose stylists. He was widely considered the Roman Republic's greatest statesman, the opponent of Cataline and Caesar; after he retired from public life in Rome he composed a great number of influential works of philosophy, taking the ideas from the ancient Greek and interpreting them for the Roman mind. His works became part of the Western Canon, studied at Catholic monasteries, revered by Renaissance scholars, his Latinity is regarded as the purest. Cicero wrote De Oratore to describe the ideal orator and imagine him as a moral guide of the state.

He did not intend De Oratore as merely a treatise on rhetoric, but went beyond mere technique to make several references to philosophical principles. Cicero understood that the power of persuasionthe ability to verbally manipulate opinion in crucial political decisionswas a key issue. The power of words in the hands of a man without scruples or principles would endanger the whole community. One would wonder as to Cicero's applicability to modern times, in this instance, given today's headlines.

The printer was Filippo Pinzi (or Pincius) of Canneto near Mantua sometimes styled Mantuano -- who printed books in Venice from 1490 to 1530 for several publishers, including Benali and Luca Antonio Giunta. He tended to specialize in classical authors, as here. Editor Omnibonus Leonicenus Nicholas Leoniceno(14281524), who was an Italian physician and humanist wrote the first scientific paper on syphilis and was the first to criticize the natural history of Pliny the Elder.

The folio also contains the other Opera rhetorica, and Quintus Cicero, De petitione; Aeschines, In Ctesiphontem, De mosthenes, De corona, in Bruni's translation. Also 15th century Italian scholar Girolamo Squarciafico, who edited many classical writers, as well as works by Boccaccio and Petrarca. Ciceros original text is surrounded on three sides by scholarly commentary. This scarce and rare incunable is in good antiquarian condition. It is a folio measuring 12.5 x 9 bound in old parchment paper boards with marbled paper spine, hand-lettered spine label, new blanks. This copy has the preliminary leaves, the text starts on leaf a1v with incipit Clarissimi & eloquentissimi rhetoric Omniboni Leoniceni The date of the 15th day of July 1495 is on the last leaf, F4v. Spaces left with guide letters for initials. The first leaf has old possibly contemporary Latin writing with the IHS symbol in an old hand in brown ink. There is some marginalia throughout in what looks like the same hand.

Some marginal browning and chipping, especially at the first few leaves, some old dampstaining at the rear, bit of worming at the back affecting the last leaf including a small portion of the text. This scarce folio incunable edition of Ciceros great De Oratione dates back over 500 years to 1495.

The item "De Oratore by Cicero 1495 Incunable Edition Antique Vintage RARE Old Latin Book" is in sale since Tuesday, September 17, 2019. This item is in the category "Books\Antiquarian & Collectible". The seller is "art_planet" and is located in Taylor, Texas. This item can be shipped to United States.