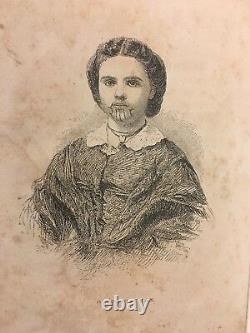 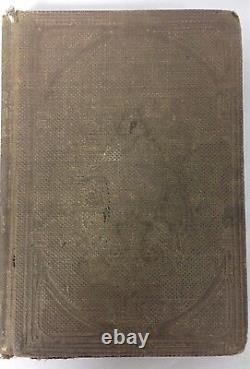 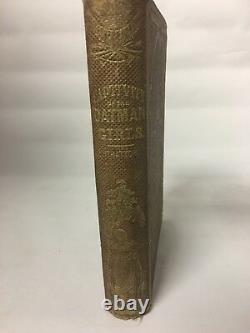 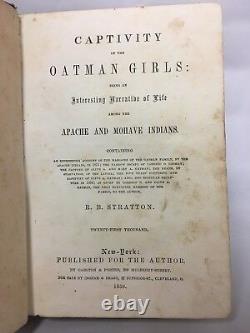 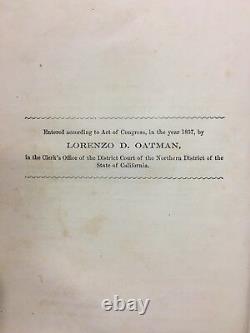 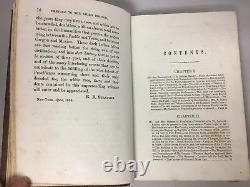 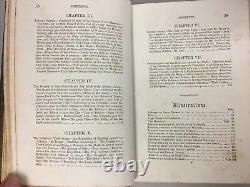 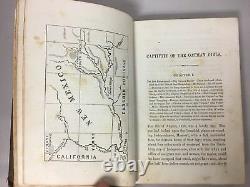 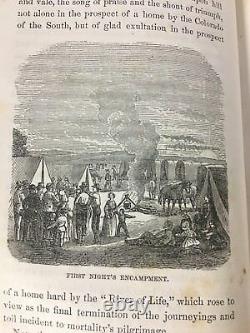 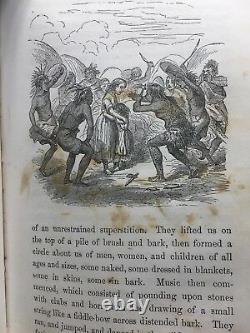 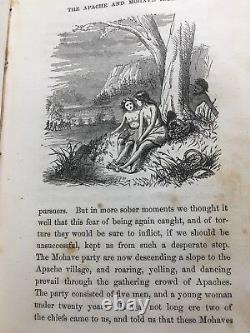 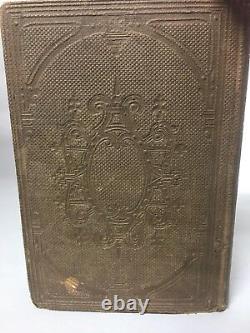 Captivity of the Oatman Girls: Being an Interesting Narrative of Life among the Apache and Mohave Indians. Full title page reads as follows. An interesting account of the massacre of the Oatman Family, by the Apache Indians, in 1851; the narrow escape of Lorenzo D. Oatman; the capture of Olive A.

Oatman; the death, by starvation, of the latter, the five years' suffering and captivity of Olive A. Oatman; also, her singular recapture in 1856; as given by Lorenzo D. Oatman, the only surviving member of the family, to the author. By Carlton & Porter, 200 Mulberry-Street.

For sale by Ingham & Bragg, 67 Superior-St. Includes the Preface to the First Edition, Preface to the Second Edition, & Preface to the Third Edition. In 1851, nine members of the Oatman family on their way by covered wagon to California were savagely attacked by Apache Indians near Fort Yuma, Arizona. Two girls in the family, Olive Ann, 14, and Mary Ann, 8, were taken captive by their attackers. An older brother, Lorenzo, 15, was left for dead but managed, though gravely wounded, to make his way back to civilization.

The rest of the family had been brutally massacred. The story of the Oatman girls their despairing life in captivity, the tragic death of little Mary Ann from shock, poor food, and severe conditions a year after their capture, and their brother's five-year search for them is vividly described in this riveting true-life story. Mary Ann, the younger of the two girls, died of starvation in 1852.

Olive, however, spent five years in captivity before an incredible rescue. After years of slavery and bearing a prominent blue tattoo traditional to the Mohave people on her face, Olive was restored to her only living family member, Lorenzo Oatman, the brother who survived. This book was originally commissioned by Lorenzo Oatman as a factual record of his sisters fates, based on true events.

The story is one of tragedy and loss, at times fascinating and also horrifying. The dramatic yet somber words of Lorenzo and Olive, as recorded by Royal B. Stratton, bring readers into the thrilling immediacy of the Apache attack, Lorenzos escape, the tragic moment when Olive watches Mary Ann die, and most importantly into the final, happy rescue as Olive is reunited with her brother. The Third Edition was printed for the author by New York publisher Carlton & Porter, at 200 Mulberry Street.

It was then for sale in Cleveland, Ohio by Ingham & Bragg. The first edition was published in. 1857 by the pastor named Royal B. There are illustrations of Indians and the Oatmans throughout the book, and some maps. The story resonated in the media of the time and long afterward, partly owing to the prominent blue tattooing of Oatman's face by the Mohave.

Please contact with any questions or for more pictures. Please wait until we invoice you to pay, especially for international orders. We are not liable for lost and stolen packages if uninsured. The item "Captivity of the Oatman Girls R. Stratton 1859 Rare 3rd Ed.

Antique Book" is in sale since Thursday, May 31, 2018. This item is in the category "Books & Magazines\Books". The seller is "austroantiques" and is located in Burlington, Vermont. This item can be shipped to United States.