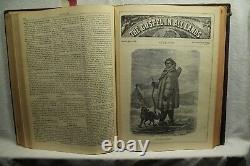 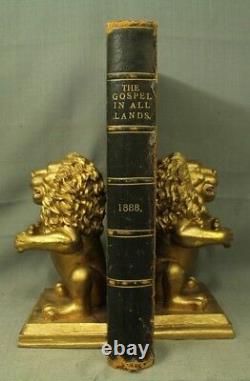 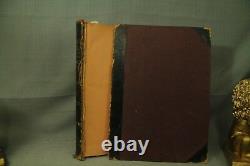 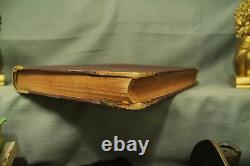 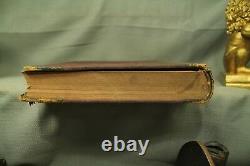 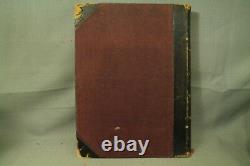 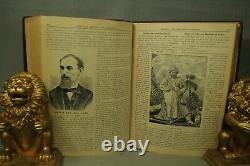 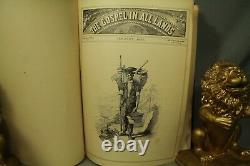 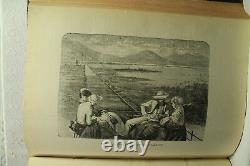 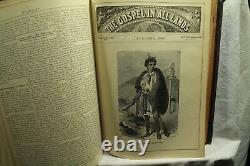 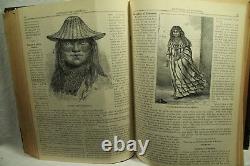 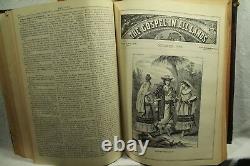 The Gospel in all Lands. Bound magazine issues from 1888. Cover illustration a Swiss herdsman.

Religious Liberty in Switzerland by rev. The religous Life of Switzerland. The Country and people of Abyssinia by Hon N. Touring in Persia by rev. Is the Bulgaria Mission a failure? Boys and Girls in China. The Worship of Confucius in China. From Shanghai into Western China.

Hindrances to mission work in China. The Hope of paganism by Bishop R S Foster. How a Japanese mother saved her son.

Indian idustrial school at Albuquerque, New Mexico. New Mexico and its resources. New Mexico three hundred years ago. The people of New Mexico. The Place of the United States in the conversion of the World by Professor Charles J Little, Syracuse University.

Missionary touring in Western China. Housekeeping in the City of Mexico. Country and people of Argentina, Uruguay and Paraguay. The southern portion of South America by William Elroy Curtis. Full page illustration a Patagonian encampment.

Paul's argument for the heathen. A queer ride in China. Full page illustration Monkeys of India. The sacred monkeys of India. Letter from a Burmese boy. Burmese noblemen of upper Burma. Dr Judson and the Burmese boy. City of Calcutta 1/2 and city of Mandalay, Burma 1/2. Missions and woman's work in them. The Mormon delusion by Rev.

Africa the open sore of the world. The Kooloo Valley of India. The Nawab of Bhawalpur 1/2, the Nizam of Hyderabad 1/2. Cover scenes on and near the Nile.

A Coptic funeral in Egypt. Among the Moors of Morocco. Rev T R G Peck. Scenes in the Fiji Islands. Country and people of Madagascar.

Preaching the Gospel in Tirnova, Bulgaria. Vestigia of St Paul in Italy.

Mission work in Chungking, China and vicinity. Cover a Tckutchis of Siberia. Country, government, people and religion of Russia. Young people of the Ural Mountains in S W Russia.

Nevski Prospikt in St Petersburg 1/2. Ladies of Southern Russia 1/2. Bishop of the Russian church, Priests of the Russian Church. Distribution of the Bible in Russia.

Cover A Japanese Woman preparing a Meal. Full page illus a Japanese Tea party. Niphon Bashi bridge in Tokyo. A trip to Hakodate in Winiter. Tientsin and it Protestant missions.

Country and people of Persia. Full page illus, eldest son of Shah of Persia, second son of Shah. A Parsee child and the astrologer.

The founding of Robert College. How the Moslem seeks communion with God. Illus Indian of the upper Orinoco. Guajiro woman of South America.

Zumate indians of Upper Orinoco. Country and people of Nepaul. My experience in Doti, Nepaul (Nepal). Cover Joseph Rabinowitch on a mount near Jerusalem.

Full page illus, city of Hebron 1/2, city of Beirut 1/2. Cover a Native Chief of New Zealand. The wonderful story of New Zealand. Natives of New Zealand and of Fiji. A trip through the Malay peninsula. Total of all issues 576 pages. Book measures 11" by 8". Shelf left joanns desk, stack 26. Add a map to your own listings. The item "Book of The Gospel in all Lands rare antique old leather The Mormon delusion" is in sale since Saturday, October 31, 2020. This item is in the category "Books & Magazines\Antiquarian & Collectible". The seller is "scottalbertson" and is located in Nellysford, Virginia. This item can be shipped worldwide.