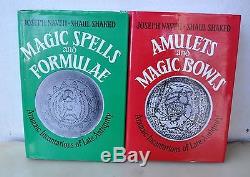 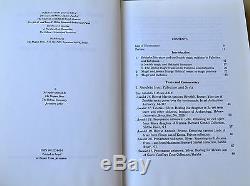 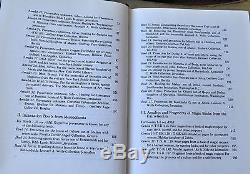 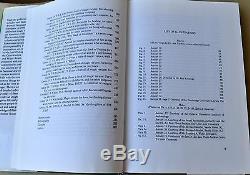 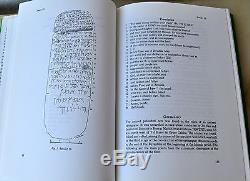 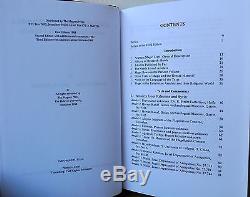 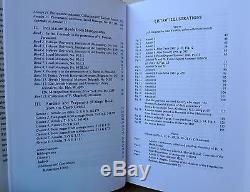 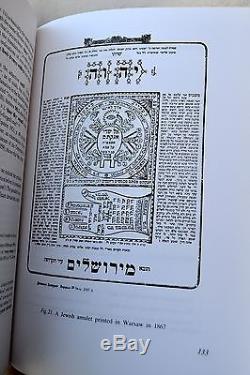 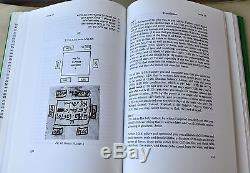 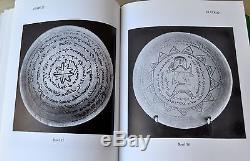 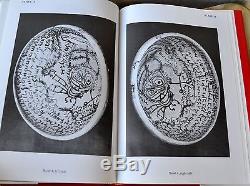 Which was originally published in 1985, but was later revised with corrections and additions, so this is the Third Edition of this work, and is the most up-to-date version, published in 1998, with 304 pages of text, and 40 pages of plates. This is the best, and most difficult to find edition of this work, as the copies that are normally listed for sale, are either the 1st edition (1985) or the 2nd edition (1987).

But the really rare volume, is the green one. Which was published in 1993, as a sequel to. Is long out of print, and copies of it rarely surface. Is a continuation of the preceding volume, and follows the same format used in. The magic texts and commentary, are divided into 3 sections.

The third and final section covered by both books is a collection of "Amulets and Fragments of Magic Books from the Cairo Geniza". The red book covers the first 8 amulets and fragments, all presented with the original Aramaic text, translations, and extensive commentary.

In the green book, amulets and fragments 9-29, from Cairo Geniza, are presented in the same detail. In addition to the text, translation and commentary, the two books include 120 plates, of the various magic amulets, bowls, and fragments and spells from magic books. 40 plates are presented at the end of the red book, and a further 80 plates, are featured at the end of the green book.

It was a widespread practice in the area of Palestine, Syria and Asia Mir during the fourth to the seventh centuries of the current era to use talismans written on metal sheets in order to ward off the powers of evil, to heal people, or to gain the love of a person. The common Babylonian practice of the same period was to write incantation texts on earthenware bowls. This book contains the texts of all the legible amulets in Aramaic known today, as well as 13 hitherto unpublished bowls.

The texts are proved with translations and commentaries, and a detailed glossary of all the words is given. The study of these incantations provides a glimpse into the religious feelings and practices of common people in the Talmudic period and enriches our knowledge of Palestinian and Babylonian Aramaic usage. This book contains a wealth of new material for the history of magic in the Near East, edited and interpreted with meticulous scholarship. Together, these books are essential reading for anyone interested in Middle Eastern sorcery, magic and art.

Whether from a scholarly or magical perspective, there is a wealth of information to be found in these two volumes. And as already stated, it is very rare to find both volumes, being made available, or even single copies of. Be sure to add me to your favourites list.

As I will be listing many other Rare & hard-to-find books, artworks and many other items of interest. The item "Aramaic Incantations of Late Antiquity Rare 2 Vol Set with Magic Spells & Formulae" is in sale since Wednesday, June 24, 2015. This item is in the category "Books\Antiquarian & Collectible". The seller is "reix718" and is located in Belfield, NSW. This item can be shipped worldwide.