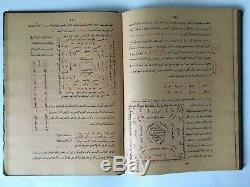 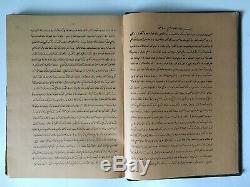 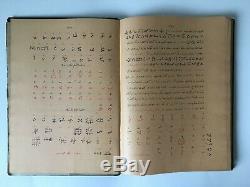 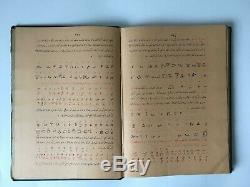 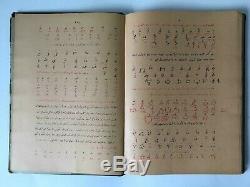 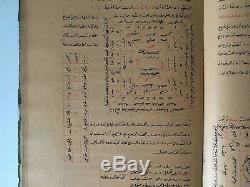 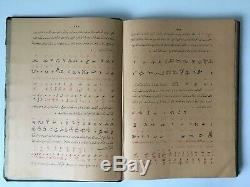 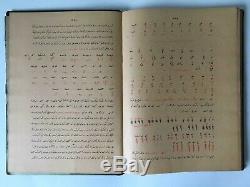 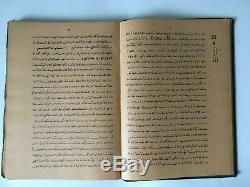 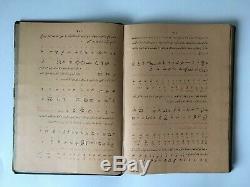 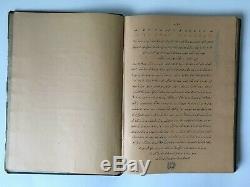 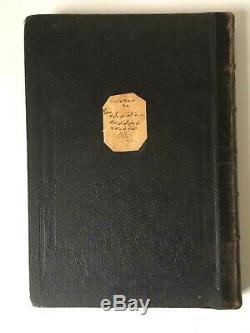 Antique Islamic Magic & Talisman Alchemy Manuscript by Al Jaldaki. Al-Jaldaki was one of the last and one of the greatest of medieval Islamic alchemists. His full name was Aydamir Al Jaldaki or Jaldaki Khorasani sometimes written as Al Jildaki. He was born in Khorasan Iran but left his country to Egypt after invasion of Mongols in 8. In his writings he reveals that he spent seventeen years traveling through Iraq, Anatolia, Yemen, North Africa, and Syria, finally settling in Egypt where he composed many of his treatises.

He was a prolific author of alchemical writings, and he created many books in Science and Alchemy out of which only three is archived in the United States National Library of Medicine and they are very important works in Alchemy. His writings are very rare and highly collectable, especially those written on Alchemy, Magic and the Secret Knowledge of the Hidden World. This book is very Rare & Important and reveals many important symbols and talismans in Islamic Mystical Alchemy. This book is entirely hand written with very clean and beautiful calligraphy and is signed by the calligrapher at the end. The calligrapher name is Hassan Shams al-Din Ibn Sheikh Mohammad Helmi Naqshbandi. This is not a common Book and only it was kept in secret, among hidden societies. This manuscript is complete and is in perfect condition.

This item is in the category "Antiques\Antiquities\Islamic". The seller is "antiquesroom" and is located in UMM AL QUWAIN. This item can be shipped worldwide.